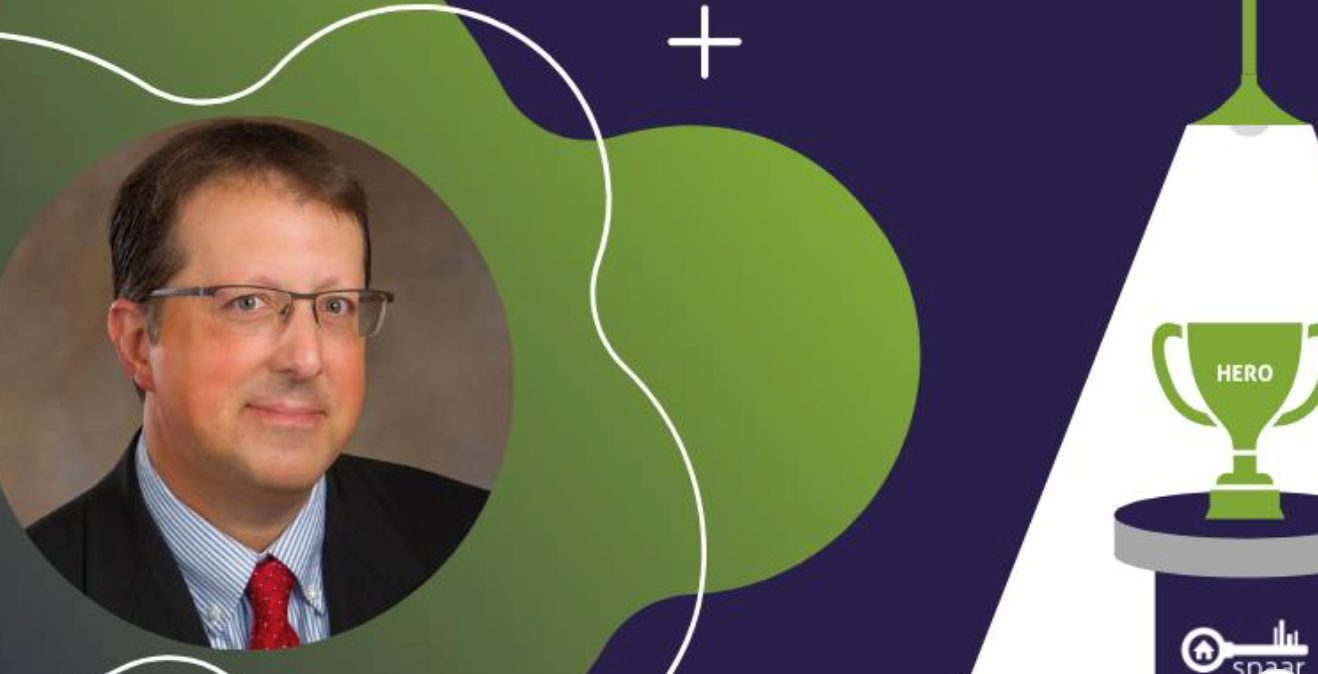 During a period in Tom Bullington’s life his family moved around quite a bit from the Midwest to the East Coast and back again.

These were the days when families routinely drove with the Realtor® to look at homes. He got a good preview of the work done by Realtors® and it stayed with him. In addition, Tom’s grandparents were house flippers in the 1960s and that intrigued him as a child. Fast forward to the spring of 2017 when Tom became a Realtor® following careers as both a newspaper reporter and a member of various corporate communications teams.

“Real estate isn’t just about the house,” said Tom, who is the newest SPAAR Hero, awarded for his commitment to community service, specifically in Hastings. “Agents have a unique relationship with the communities they serve because we’re out and about on the streets.”

Tom has lived in Hastings for 20 years where he’s become an integral part of the community. In addition to being a Realtor®, Tom is known for his involvement in the Chamber of Commerce where he serves as an ambassador member. He’s been involved in the Hastings Planning Commission, Rotary and supporter of local candidates running for office, including the school board. Tom also hosted Everybody Loves Politics on Hastings Community TV, a forum where locals are invited to participate.

“Politics is also a hobby,” said Tom, who is an agent with In Motion Realty in Hastings. Environmental issues are another area of interest. Personally, Tom has taken action by installing solar panels on his home, driving an electric car, gardening and composting, stating that he “lives what he preaches.”

Tom is married and has two young adult sons. Congratulations, Tom, on being named a SPAAR Hero and for your involvement and contributions to your community.

Tom can be contacted at: